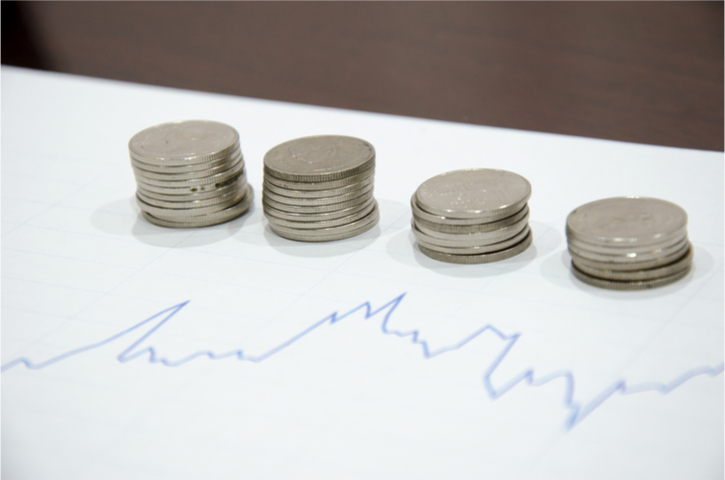 The earnings numbers of U.S. companies have generally risen – without the tax cut up approximately 14% and with it close to 25%.

As wages and material costs were reported to be higher, the 10-year treasury note yield reached 3% and climbed to 3.10% only to fall to 2.85% as of this writing.  Trade tariff news impacted the markets as did North Korea, Iran, Gaza, Italy, Spain and the list goes on.  The geopolitical situation casts a big shadow over the global economy. Hotbeds of tension create uncertainty, and the markets despise uncertainty.

This plethora of news demonstrates the complexity of issues that face the markets on a daily basis – yet, at this point, the market seems content to enjoy the relatively low interest rates, rising profits and the pro-business Trump agenda.

In the last two weeks the dollar strengthened as interest rates and oil climbed to multi-year highs and climbed further against the Euro on the news of Italy’s political turmoil.  As of late May, gasoline prices have bolted to an average of $2.96 per gallon.  In many places, however, prices are well above $3.00 per gallon.  This could be expensive for those planning to take a summer car trip; in other words, gas pains!

In June, it is most likely that the Federal Reserve will raise short-term interest rates.  Post that decision, we expect the Fed will wait and see the impact of the increase on the economy.  An important signal to watch is the slope of the yield curve.[1]  If the yield curve flattens, whereby the differential between short and long-term interest rates narrows, it signals lower inflation assumptions for the future, and thus, no premium needed over short-term rates to compensate for the risk of buying long-term bonds.  It also may signal weaker economic growth ahead.

What I am certain of is the growth of convenience through technology.  Technology companies fill the needs of consumers to such a degree that their growth appears unstoppable.  Does this phenomenon alter the investment professional’s ability to value these companies?  The answer is yes.  Thus, it is imperative to remain balanced and not get carried away with unbridled optimism.

AI or Artificial Intelligence is still in its infancy and will dominate technology roundtables for some time.  Many of our investors are involved, although we have taken some profits off the table.

The summer, in our view, will be volatile.  Notwithstanding the ups and downs, the U.S. can move forward, albeit slowly, as huge debt burdens may keep growth anemic.  Dealing with the national and municipal debt issues will become a topic of increasing focus in the U.S.in the months to come.

Have a great summer.  Wear sunscreen!

[1] A curve on a graph in which the yield of fixed interest securities is plotted against the length of time they have to run to maturity.