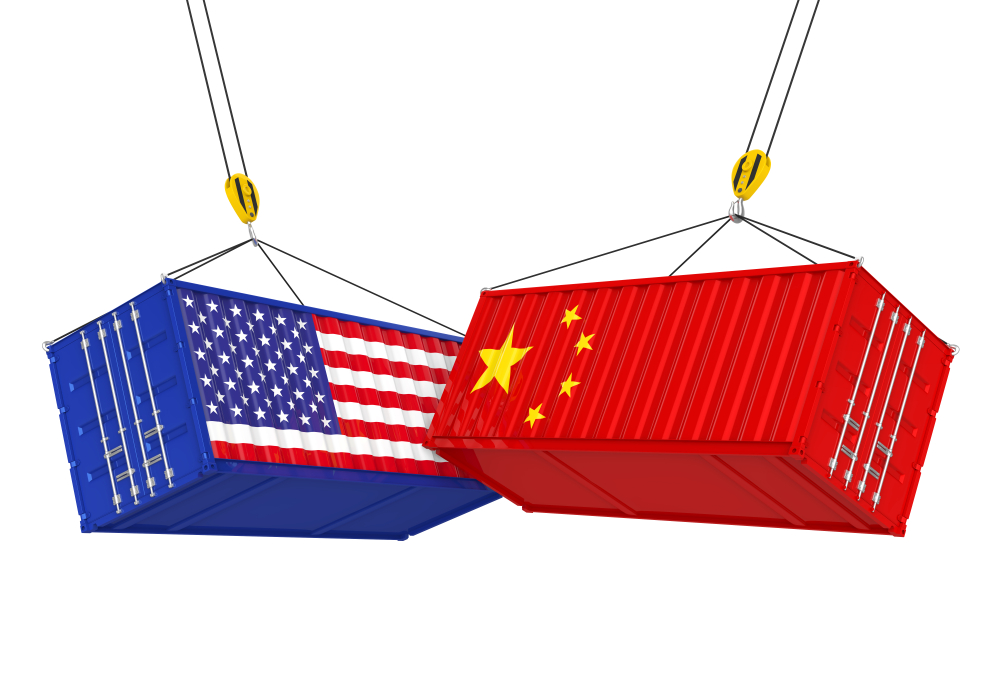 When goods cross borders, troops stay home – or so it has been said.  Are trade agreements totally fair and enforced?  Will they ever be?  Like it or not, we live in a GLOBAL economy.  All politics may be local, but trade is not.

The market swooned on the tariff news.  However, notwithstanding the unpredictable nature of this president, we suspect that he has no interest in watching a market meltdown as midterm elections approach.  So we believe that trade talks will ensue and market jitters will abate.

James Wolfensohn, former head of The World Bank, said “What is happening outside is that people are scared…they are afraid they may lose their jobs…these are legitimate fears, but the trend toward globalization is irreversible.”

Thus we expect Xi and China to negotiate with the Trump Administration to avoid a trade war, but China has the ability to play the waiting game as midterm elections loom for The GOP.

Interest rate increases do not help our treasury.  Given that the Federal Reserve is not repurchasing the treasuries they own as they come due, it must sell them to other purchasers and  China is the second biggest owner of U. S. Treasury Debt!  China is exporting money to the U.S.A. by purchasing our treasury securities . . . is this an argument we can win?

Warren Buffett has said, and I paraphrase . . . “when the tide goes out, it is visible who is not wearing a bathing suit” and right now our country is DEEP in debt.

Despite it all, interest rates remain historically low, in the 2.80’s range for ten plus years.  Shorter-term interest rates (3-month T-bills), however, have moved from 1.32 to 1.67 since the beginning of the year.  Because debt levels are so high, we believe that rising short-term interest rate levels will have a greater impact slowing the economy than most believe.  This will have the effect of keeping the yield curve relatively flat because it will, in all likelihood, dampen inflation expectations.  However, raising short term rates now, gives The Federal Reserve the option to lower these rates later if necessary to stimulate the economy again.

Corporate stock buybacks should reach a record this year, which should provide some additional market support as the year progresses.   The technology companies are likely to undergo increased scrutiny with the Facebook data issue at the forefront.  We would not be surprised to see Amazon under attack on antitrust grounds as Mr. Trump is not a fan of Jeff Bezos, chairman of Amazon and owner of The Washington Post.

After years of the Federal Reserve growing the balance sheet, the ongoing normalization may have big impacts, if only psychologically.  Corporations, particularly highly levered ones, have been the beneficiary of a loose credit environment.  As corporate profit margins peak, we wonder how low rated debt will withstand the shift.

The world has certainly turned as we watch General Electric trade at 2008 crisis levels.  We believe that the financial engineering utilized covered many mistakes.  Nevertheless, it’s sad to see.

The equity market, despite high valuations, has much to applaud.  The U.S. has the natural resources of water, energy, innovation and capital markets to lead the world.  The question remains how we and the world will handle growing populations, poverty and underemployment due to technology.

The other major issue is obviously conflict resolution.  Can Trump, Putin and Xi find the common ground to keep the planet moving in the right direction?  We remain optimistic on the long term, but vigilant in protecting client capital over the next few years in the face of growing geopolitical uncertainty.

We firmly believe it is an interdependent world.  Free and fair trade must exist, but fair is in the eye of the beholder.